We promote policies and citizen participation to transform realities

Care at the center

➔ On average, Mexican women spend 25 hours weekly on domestic and care work, while men spend only nine hours a week. This inequality is an obstacle to women's development, their access to rest, and their right to education and professional development. To advance the government's commitment to eradicate this inequality, we designed and implemented a pilot care program in Iztapalapa, Mexico City, in partnership with UN Women. Based on a diagnosis that recognized the primary needs of the population, we implemented a post-school care space for 25 boys and girls from 3 to 8 years old, as well as a training process in integral parenting. This program made it possible to pilot good practices, accessible and replicable for local governments, to redistribute the responsibility of care so that it is not the sole responsibility of families and women.

➔ 2021 was the year of the biggest electoral process in Mexico's history, in which thousands of decision-makers were elected. More than 130 reports or complaints of gender-based political violence against women were filed in the run-up to the elections. In this context, we launched the Mujeres al Poder (Women to Power) platform, a route that helps women politicians easily identify violence and have the tools to denounce it and receive attention.

➔ In collaboration with the Asamblea Nacional Política de Mujeres Indígenas (National Political Assembly of Indigenous Women) and the Colectiva Mujeres Afromexicanas en Movimiento (Collective Afromexican Women in Movement), we organized the national event Indigenous and Afromexican Women Facing the 2021 Electoral Process, in which more than 40 women from the Afromexican, Ayuujk, Chatino, Chol, Cuicateco, Maya, Mixteco, Nahua, Nguiba, Ikoots, P'urhépecha, Totonaco, Tsotsil and Zapoteco peoples participated. This event had the participation of the National Electoral Institute, the National Institute for Women, and the National Institute of Indigenous Peoples. It raised awareness of the challenges faced by Indigenous and Afro-Mexican women involved in politics and generated agreements and commitments from the State in the matter. 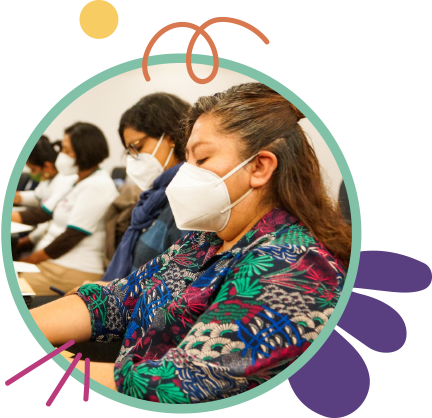 Menstrual hygiene for everyone. We made it!

➔ We achieved the 0 value-added tax rate for menstrual products at the national level so that girls, women, and menstruating people living in poverty can easily access these essential products. This is a collective victory of the Menstruación Digna (Menstruation with Dignity) alliance co-coordinated by ILSB, collectives, and civil society organizations. Thanks to the advocacy achieved with this alliance, five states in the country - Michoacán, Puebla, Aguascalientes, Oaxaca, and Tamaulipas - approved state reforms to education and health laws to provide free access to menstrual products and menstrual education for families and students. 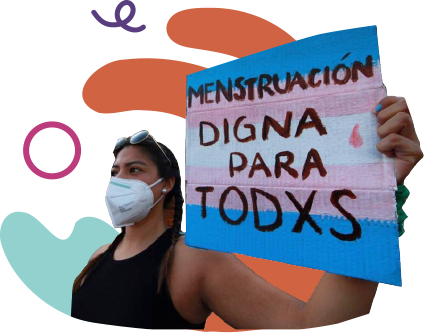 Lo Público es Nuestro (What is Public is Ours)

➔ Lo Público es Nuestro is a social accountability initiative that seeks to strengthen youth's research and advocacy skills and promotes their participation in improving sexual and reproductive health services within the framework of the National Strategy for the Prevention of Adolescent Pregnancy (ENAPEA). In 2021, we joined the Territorialization Subgroup of the Inter-Institutional Group for the Prevention of Adolescent Pregnancy, in charge of implementing the ENAPEA in local contexts; and from there, we accompany and contribute with training and advice to state and municipal authorities for the proper implementation of this public policy at the local level.

➔ We developed an Advocacy Toolkit, a practical and playful guide that allows activists to design advocacy strategies to advance the agendas of their interests. The Toolkit works like a board game with modules and activities that allow you to create action plans and work on them.

Latin America will be all feminist

➔ Twenty-five years after the historic Beijing Declaration and Platform for Action, we convened more than 100 activists, civil society organizations, and collectives to the Feminist Dialogues event to create a space for reflection, vindication, construction of demands, and collective thinking around six areas of work that we consider a fundamental part of the unresolved agenda to achieve gender equality in Latin America: women and precarious work, rights of Afro-descendant women, climate justice, care systems, comprehensive sexuality education, and philanthropy. The results of these discussions propose local solutions and demands to specific actors, such as government, civil society, academia, and donors, to achieve gender equality in the region. 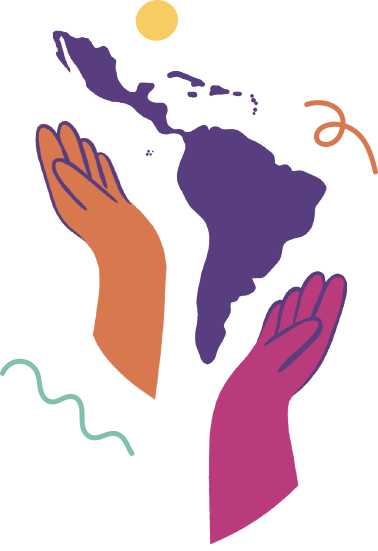